In August 2015, Capcom announced that a remake of Resident Evil 2 was in development. At E3 2018, Capcom displayed trailers and gameplay footage

, and announced a worldwide release date of January 25, 2019, for PlayStation 4, Xbox One and Windows. The remake uses the RE Engine (the same engine used for Resident Evil 7) and replaces the tank controls and fixed camera angles with « over-the-shoulder » gameplay similar to later Resident Evil games.

Resident Evil 2, known in Japan as Biohazard 2, is a survival horror game developed and published by Capcom and released for the PlayStation in 1998. The player controls Leon S Kennedy and Claire Redfield, who must escape Raccoon City after its citizens are transformed into zombies by a biological weapon two months after the events of the original Resident Evil. The gameplay focuses on exploration, puzzles, and combat; the main difference from its predecessor are the branching paths, with each player character having unique storylines and obstacles. 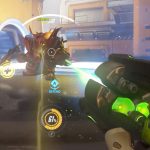