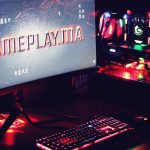 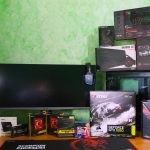 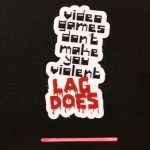 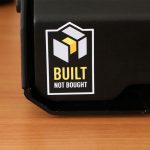 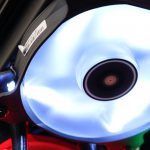 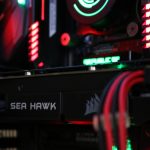 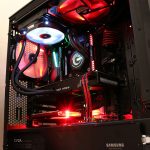 Ebola Build, One year ago, I wanted to upgrade my Dell XPS by adding a GPU EVGA GeForce GT 740 4GB Superclocked. At that time, the Pascale wasn’t released yet. I was willing to add some more RAM and a good mouse.

Once I tasted the power of shopping, I couldn’t stop! It took me one year to buy all the parts needed for a new powerful Budget Dream PC.

During this year, many plans changed, the main one is that I switched from the z170 to the x99 to have more cores and to make 2IN1 Workstation & Gaming PC.

So here we are now! I finally built the PC I wanted to, and I’m happy and proud to share this new experience with you.

The parts were bought from all around the world :p – Canada, USA, Spain and France.

CPU:* I started with buying the 6700k, then I sold it and bought the 6800k. I needed more cores, since I wanted to have a workstation.

CPU COOLER: Well, the decision wasn’t hard. I had the choice between the kraken 61 & Corsair H100i v2. For me, both were good, but I chose the NZXT only for the RGB lighting.

MOTHERBOARD: I bought the Asus MAXIMUS VIII HERO, but since I changed the CPU I had to change the motherboard as well. The best one that I found with plenty of options at a good price (for me) was the Asus ROG STRIX X99 GAMING.

STORAGE: OS Drive : I started with buying the SanDisk 1G non NVME, then I sold it and I bought the M2 Plextor NVME 512. I didn’t go for Samsung because of the price, and up to now I’m happy with the Plextor.

GAME Drive: Samsung 850 EVO 250GB x 2 to make them in raid 0, and let me tell you that it makes a difference.BENCH

VIDEO CARD: In the beginning, I bought the MSI GTX 1080 GAMING X 8G, but as soon as the Hybrid was released, I immediately switched for the MSI GeForce GTX 1080 8GB Seahawk. It’s a beast! I love it. It’s cooler and makes less noise, that’s why I don’t even want to upgrade to the TI right now.BENCH

CASE: Phanteks Enthoo EVOLV ATX ATX Mid Tower Is a Good case, Good design, easy to work on. Many extensions. You still have to be careful with the Glass door, and I also had to drain new holes for the radiator to avoid taking off the hard drive cage below.

POWER SUPPLY: First, I went with the EVGA 800w Gold, then I switched to the 1300 in case I want to add second GPU in SLI or something else, it’s a good PS with nice sleeved cable, the only downside is that the fan makes a low noise.

Microsoft Windows 10: First time in my life since 2000, I would get a licenced copy of windows (I’m from North Africa: p) so this practice is legit :p

SOUND CARD: Creative Labs Z. It makes a difference. The sound coming out from this card is crystal clear and more amplified. It also has an option to clean noise while recording and amplify the voice.

KEYBOARD: G.Skill RIPJAWS KM780 RGB nice keyboard. I’m happy with it, although I have too many option that I’m not using :p

MOUSE: Logitech G502l Is perfect for me. You can customise the DPI, Weight, color and the Optical Sensors.

HEADPHONE: Logitech G430 7.1 Channel. Great headphone for the price. Doesn’t make my ear sweat, and its 7.1 give me a big advantage in Rainbow Six Siege.

SPEAKERS: Logitech Z623 200W 2.1ch. These speakers are too much powerful for me. I can’t use them even at 50% or the neighbours will call the police!! REVIEW

CHAIR: DXRacer Racing – Well, it’s a nice chair with lifetime warranty, but I think there is too much marketing on it, which could make it overpriced. After using it for a while, I couldn’t feel that it was worth the price.