Apex Legends season 4 is here along with its newest Legend, Revenant. Respawn has teased the terrifying new assassin a few times over the last couple of weeks, but it has kept his abilities relatively secret. Now that’s he’s out, we finally know exactly what he does.

Just like his teasers and trailers suggested it seems Revenant’s kit will make him a difficult foe to take down. Also based on the trailer, it seems like Revenant’s Totem may also affect his allies, which would give him a powerful, squad-saving ability. Revenant also has the Low Profile trait, which means he’ll take 5% extra damage, to help offset his Death Totem slightly. 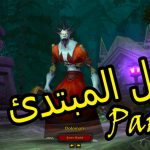